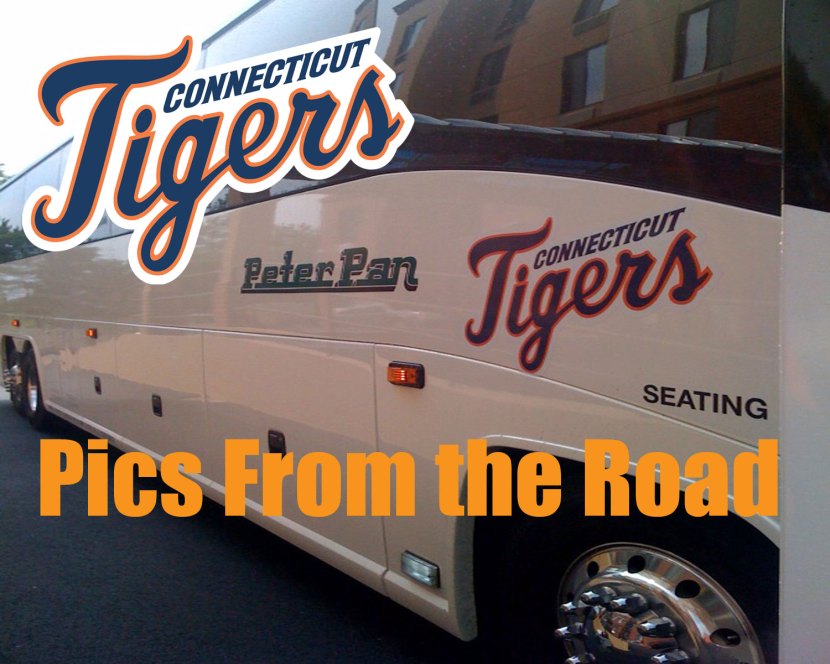 The Tigers are in the midst of a 5 game roadtrip to Auburn and Lowell.

The Doubledays play at Falcon Park. 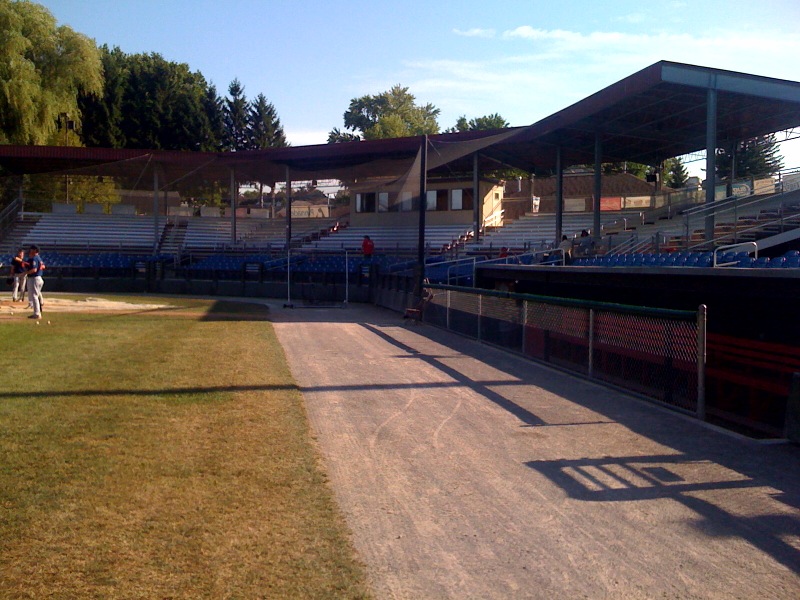 Auburn is the New York-Penn League affliate of the Washington Nationals. 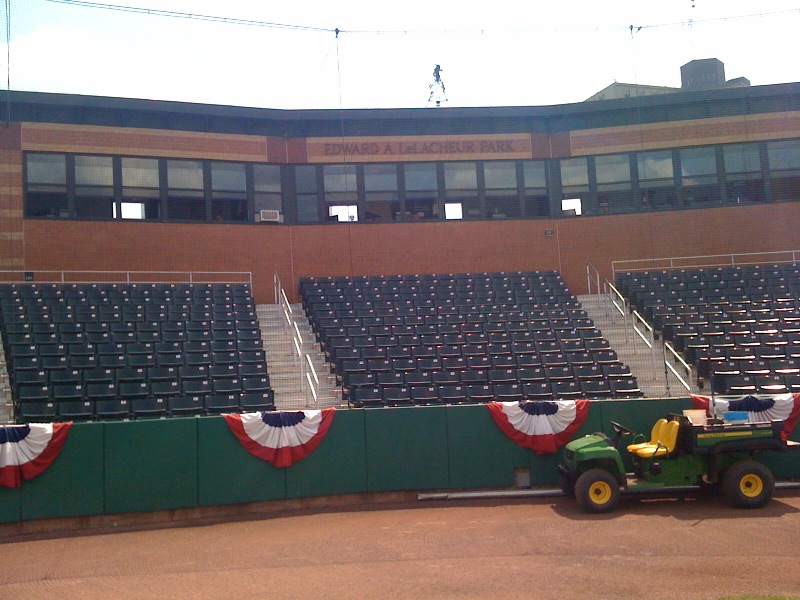 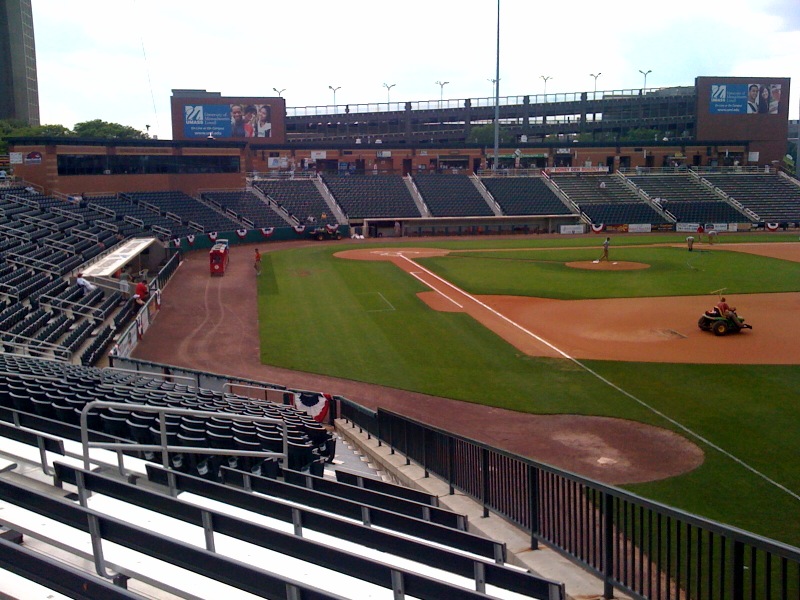 The Spinners, a Stedler Division rival, play at LeLacheur Park, located on the campus of UMass-Lowell.

The Tigers and Spinners continue their series with 2 games at Dodd Stadium Sunday and Monday. 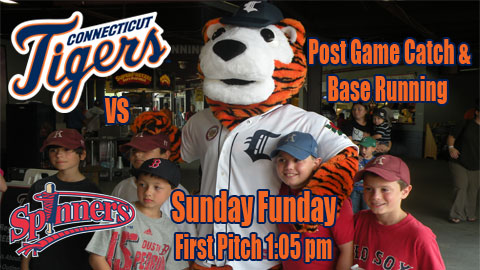 Tomorrow, it is C.T.’s Birthday Party and Sunday Funday.

Kaline will sign autographs before the game and throw out the ceremonial first pitch to his grandson, Tigers’ infielder Colin Kaline. 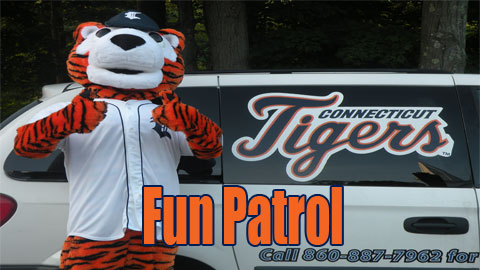 While the team is on the road, the Tigers’ Fun Patrol has been out in the community.

On Tuesday night, C.T. visited Shop Rite Plaza in Norwich, as part of National Night Out.

Be on the lookout for the Tigers’ Fun Patrol at an event near you.

The Tigers’ next homestand begins on Sunday and runs until Thursday.

Al Kaline’s final game was in 1974.  With over a generation of baseball fans never seeing “Mr. Tiger” play, some fans might not be familiar with the Hall of Famer.

In advance of his appearance at Dodd Stadium on Monday August 8th, we wanted to give fans some information on the Right Fielder:

Greeting teammate Jim Northrup after Northrup hit a grand slam in the third inning of Game 6 of the 1968 World Series at Busch Stadium in St. Louis.  October 9, 1968.  (AP Photo/File) 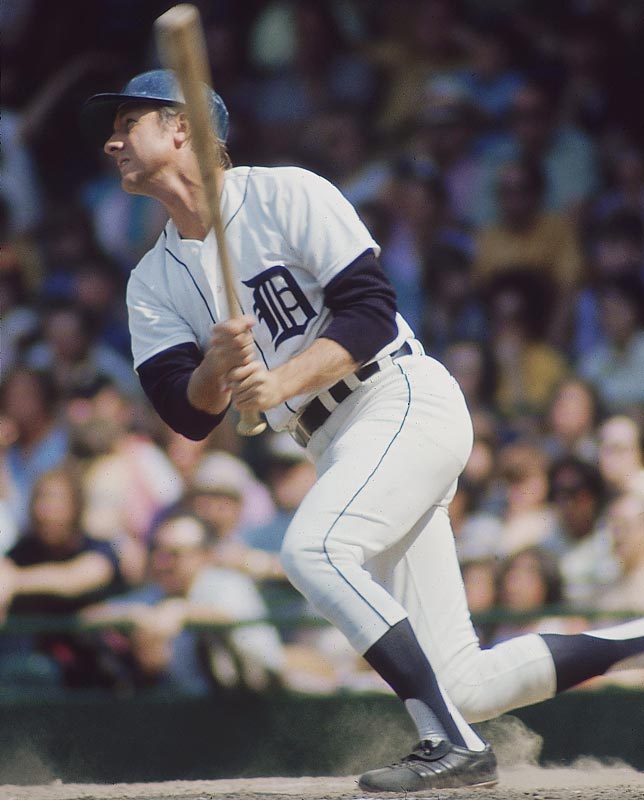 Al Kaline became the 12th member of the 3,000-hit club on Sept. 24, 1974, with a double off Dave McNally at Memorial Stadium. Kaline was the first American Leaguer to reach the milestone in 49 years. (Photographed by: Lane Stewart/SI) 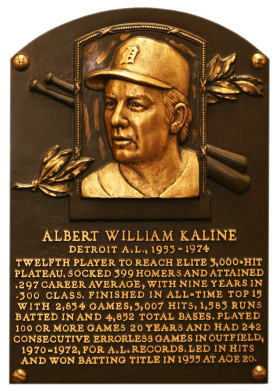 Posing along with George Kell in their broadcast booth on July 3, 1979 at Tiger Stadium in Detroit. (AP Photo)

Throwing out a first pitch before a 2011 Spring Training game, just like he will do before the Connecticut Tigers game on August 8th.  Catching the ceremonial first pitch that day will be his grandson and Tigers Infielder, Colin Kaline. (AP Photo)

Search Tale of the Tigers